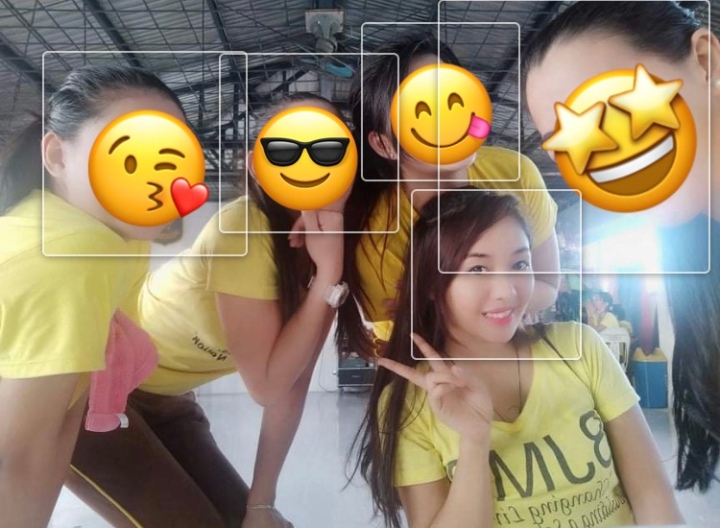 Did you enjoy my first pasabog? But wait, there’s more! Because jails are crowded and often full with all sorts of people from different parts of society, you really get to see all sorts of personalities and even genders inside. In Part 1 we discussed the jail hierarchy, now let’s talk about the other kinds of people I met inside. Let’s gooooo!

They’re women that look and act like boys. Sure, you can call them tomboys (some may say they are either trans men or lesbians), but they are different! Some of them have already given birth. They have short hair, wear breast bands so they look like they have manly chests, and they all think they’re CUTE and CHARMING. They enter jail like they’re HEARTHROBS. They’re considered the only “boys” in a population full of girls. So whenever a new homeboy gets committed in jail, all the ladies try to get a glimpse at them and call dibs. They are the ones being relied on to carry the jail’s co-op goods like boxes of groceries, water gallons and sacks of rice. They are the “MUSCLE” of the facility. They are also expected to do the maintenance of the building. If things need to be repainted, doors are falling apart, sila yung go-to people for fix-it situations, under supervision by the jail officers of course. Sorry to say that the majority of them are PLAYERS. I stopped believing a homeboy when they tell me they are so in love with their homegirl girlfriend because in the years I’ve been inside, they switch partners immediately. It’s a crazy trip to Jerusalem type of relationship they have in there. Homeboys that already have partners outside, tend to still have many girlfriends inside. They’re flirts and when their wives give them food, sure ball they’ll give that to their girlfriend/s inside. It’s really funny! Imagine eating food from your partner’s ORIGINAL partner? Haha. It’s so normal to them already they don’t even choke on the food, haha! Only 1% of the homeboys are loyal. It’s quite rare to ever make a long-term match with them, lol. However they really are extremely helpful and handy. Also, they will compliment you constantly so they can boost your failing self-esteem daily.

These are the chicks that entertain the homeboys. What’s funny is that they simply have a merry-go-round with each other. They exchange partners after a month.  They are total flirts as well, all full make-up and ready to be checked out by the homeboys. Their clothes are most likely tight, and they keep beaded or crocheted wallets made in the jail with lots of different anniversary dates cause they have had too many partners. They act all super in-love when in a relationship (which is all the time, no down time for breakups) but are still eyeing the other homeboys that already have homegirls. They tend to fight with other homegirls for exchanging secret letters with their homeboys and they can be brutal. Only a few are really LOYAL.

This is a shadow, a mystic in the night. She is fearless ninja! She only operates during the hours when everyone is asleep. You will almost never know who this is unless she’s willing to carry your goods to your partner in the male dorm. This person most likely has a male trustee partner in the other side. Couriers will do everything to find ways to send illegal love letter to their man. Of course, other girls will try to ride in their daily shipping routine, because letters and other things must be shown to an officer before they get sent to the male dorm. However due to the pandemic, restrictions and how busy a jail gets, letters don’t get sent anymore. So, this girl tries her best to do this daily, unseen to keep close contact with her partner. Once caught, she is in for a lot of trouble, because sending unsearched itemas to the male dorm is considered an offense. Most likely she’ll be padlocked for a month, losing all her privileges. Officers wonder what are being traded between the two and that doubt makes the act of sending illegal. This girl has major throwing, hiding, and fast hands skills. Quite impressive really!

You call someone “Bridgette” when they are secrets BRIDGES to unacceptable links. If there are secret lovers who are already involved with other people, BRIDGETTE is the one that enables them to communicate discreetly, being a courier of their love letters. She is the one that sends food back and forth and all other exchanges. Of course, she’s compensated for her secrecy, so she most likely gets food, toiletries or any of her needs filled as long as she continues to be the bridge haha.

These are the mga chismosang palakas and pakialameras – OMG there were SO many of them! They love spreading little bits of information they think are juicy and pass it on immediately as if they have a cellphone that says SEND TO ALL. They can’t keep their mouth shut. They will even gossip about their bedmates and friends. They do not discriminate. EVERYONE is included in their discussions. If you are quite “popular” then rest assured you’re most likely always top of mind. You have to avoid their gaze because if they see you do something, no matter what it is, they will find ways to make your actions sound juicy and report those to the world like professional paparazzis.  Many fights in jail come about because of chismis. They escalate and have a life of their own, so it’s damaging to the person’s image. However if sila naman yung pagchichismisan, they act like they are total victims that have been wronged and those that talked about them should be condemned. They just don’t get that karma is digital nowadays. Haha.

These are the people to fear! They tend to snitch on you. They see something that you’re doing, good or bad… they will eventually make it bulong to whoever may be affected and make it look so wrong to the point you will be reprimanded by the jail guards. I avoid these people! They’re so judgmental and think they’re perfect. They’re like silent firestarters that act all holy. They assume everyone else is scheming. They’ve already appointed themselves as the CCTV of the facility, so they are always on the lookout for more things to BUNDOL. They enjoy getting others into trouble with their little sumbongs that can do massive damage to the detainee. When confronted if they are the ones that tattled or made sumbong, they act as if they don’t even know the issue and pretend they’re mere victims of framing. They rarely confess that they made certain people look bad which led to the unnecessary punishment of a fellow prisoner. They are never to be trusted with secrets.

So this turned out quite long. Comment below if you can relate to this. Perhaps someone you know falls into any of the categories? Haha.

Part 3 will be posted soon!

Contribute to my blog

I may have lost 5 years of my life, but it gave me tons of stories to share! Please help me reach my goals of getting back on track and helping more people deal with adversities through my stories. Your generosity will help jumpstart my life.

You can also donate in pesos to contribute to my new beginnings!